The theater is an all-encompassing experience. It creates great truths within a world of artifice. Theater is a fake that revelas the world as it is to us.

In theater, we see life as it is, as it should be, as we would like it to be. There is aspiration, expectation and instruction.

Theater teaches us who we are and who we ought to be. It exposes our foibles, shows off our wisdom. and demonstrates our humanity. It introduces us to the new and reintroduces us to the traditional and sometimes forgotten. Theater constructs and deconstructs. It fires and frees the imagination.

Theater is life writ large enough to play to the rear balcony. For those to whom it speaks, it is a siren call. It shouts and whispers.

Theater requires an audience. Or at least, it prefers to play to one. For best results, it must be witnessed. It mimics the everyday, imagines the unusual and unexpected. 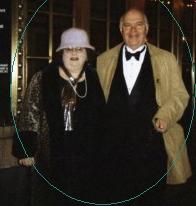 In just 5 (short) years of reviewing theater and dance, we’ve covered hundreds of performances. As advocates for theater, we are seldom completely impartial, but we try to find the best in everything we see. There’s always a kernal of an idea, a soupcon of a concept that is praise-worthy.

We review for VP.com, for TandBOnTheAisle, and sometimes on our other sites where Observations and opinions abound. Occassionally, you’ll find a theater related piece at the SidewalkSuperBlog.

Reading a script is a poor substitute for seeing a play in actu.  I need the actors, and their director to help guide me through the work. The written work supports my memory.

Unfortunately, on a recent occassion, when I was unable to attend Hazel Ellis’ Women Without Men, playing at City Center Stage II in a Mint Theater production through March 25th, I resorted to reading the text.

Women Without Men is not a lurid prison tale, but it may as well be. The all-female staff  in this all-girls’ boarding school are just as confined in their environment. Hemmed in in their study room, the teachers are at best unpleasant and mistrusting of one another.

Ellis brooks no nonsense about the gentler sex’s genteel interactions.

As for the staging, I have only the production photos from Richard Termine to help me envision how it is handled here. I had wondered how The Mint would fit into the new stage configuration that City Center’s Stage II provides. Its staging has always relied on a proscenium decorated with elaborate sets. What will they do with this little theater-in-the- round?

Take a look at the sets by Vicki R. Davis.

This play, with its claustrophobic theme, seems to be ideally suited as a first-in on the little Stage II for The Mint.

I have no way from a reading of the play of evaluating the performances or the way the cast and their director, Jenn Thompson, interpreted the story of course, but Women Without Men is compelling.

As is the habit at The Mint, they are resuscitating a play that has not been performed since its originally staging at Dublin’s Gate Theatre in 1938. Women Without Men is a long-overdue revival. This production of the drama is not only its first in 77 years, but also its American premiere.

For more information, and tickets, please visit The Mint website.

Periapsis Music and Dance performed 6 collaborative pieces (1 musician, 1 dancer in each) in The Portrait Project in Dumbo on February 18th-19th.

Of course, you have already been alerted to anticipate Paul Taylor’s New York season, beginning March 16th (through April 3rd) at Lincoln Center. If you are a Taylor afficiando, you can revisit some of past year’s classics and see the new this season. If this is your first encounter, expect a spectacular array of dance pieces.

Catch Robert Fairchild as Jerry Mulligan (in An American in Paris) for the next 5 weeks or so, before he returns to NYCBallet for its spring season, beginning April 19th.

Meanwhile, over at the New York City Center, NYCB alum, Peter Boal brings his Pacific Northwest Ballet on February 24th for a short stay through the 27th. Represented in the two repertories are George Balanchine dances from across his long career, and works by
David Dawson, William Forsythe, and Crystal Pite, all danced to live music by the PNB Orchestra.

One night only, March 5th to be exact, Moscow Festival Ballet presents a double bill of one acts on romance, Romeo and Juliet and Carmen at Brooklyn Center for the Performing Arts. The Shakespeare is restaged by legendary Bolshoi principle dancer Elena Radchenko and set to the music of Tchaikovsky. This is followed by Alberto Alonso’s tempestuous Carmen, inspired by Bizet’s spirited and sensuous  opera.

The Miami City Ballet is at Lincoln Center from April 13th to 17th. There will be world premiere commissioned works on the large Koch stage.  Justin Peck, Alexei Ratmansky, Liam Scarlett, Twyla Tharp and Balanchine are on the bill.

The headline is that the New School, which opened a performing arts space on West 13th Street, has formed a College of Performing Arts under Executive Dean Richard Kessler. The program includes the Mannes School of Music, The School of Jazz at The New School, and The School of Drama, and is partnering with the Martha Graham Dance Company.

As part of that new educational collaboration between the world-renowned Martha Graham Dance Company and The New School’s College of Performing Art the Martha Graham Dance Company’s 2016 New York Season, its 90th anniversary year, will be presented at New York City Center with the Mannes Orchestra, conducted by David Hayes on April 14, 15,16, and 18.

This “Seal of Approval” is being raised for equality.

In industry and big business, women are obliged to break the glass ceiling to reach the top ranks. In theater, the League of Professional Theatre Women is looking at not-for-profit companies who are helping women burst through the glass curtain.

On February 23rd, LPTW awarded theaters in which 50% of playwrights or directors are women with a Seal of Approval for promoting gender parity in their productions. 4 of the 12 New York theater companies honored have gotten the Gold Seal for their efforts and hiring practices over the past 5 seasons.

These include Playwrights Horizons for its hiring of women playwrights, Ensemble Studio Theatre (playwrights and directors parity), and Soho Rep and LAByrinth Theatre Company (directors).

LPTW is a not-for-profit organization promoting visibility and increased opportunities for women in the field which celebrates and encourages the hiring of women in the theatre and the producing of work by women. LPTW’s Seal of Approval is designed to be a recognizable symbol that its recipients may display in all their promotional materials and point to with pride for putting gender equality into practice.

Source: What ever happened to Sheriff Street?

Richard Greenberg would rather have you ask: whatever happened on Sheriff Street? And here is the spoiler alert for those who have not seen Our Mother’s Brief Affair, starring Linda Lavin at MTC’s Friedman Theatre,: apparently, at one time Julius and Ethel Rosenberg lived on this tiny street on the LES.

The most delicious thing Greenberg has accomplished in OMBA, running through March 6th, is the tantalizing layering of time and memories. The conflation of historic event with personal history is a disappointing flourish. It’s as if he and his heroine, Anna, are seeking the limelight and looking for more drama than this little tale can hold.

Here is what sits where Sheriff Street once was:

That Physics Show is getting an expanded run, moving to the Elektra Theater:

Another earth-defying production is That Physics Show, an evening of scientific magic, created and performed by professional physics demonstrator David Maiullo at The Playroom Theater through January 2, 2016.

After a sold out run, That Physics Show, the production has moved to the 180-seat Elektra Theater for an open-ended engagement. Previews begin on Friday, February 26th and the Opening Night is scheduled for Wednesday, March 9th.  For more information, please visit www.ThatPhysicsShow.com.

Can’t edit tweets, when missteaks are maid, I read ’em and weep: case in pointe– #ToinyAwards, should be #TonyAwards (wha?)