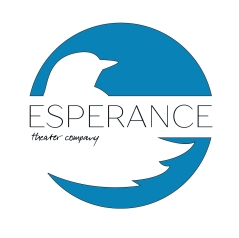 This was true in 2016, when I first posted it, and it proves once again that Chekhov provides a model for new plays and spurs a playwright to use The Cherry Orchard as a starting point for startling new work:

Anton Chekhov, it seems, provides excellent inspiration for contemporary Americans in his line of work. As if the Chekhov challenge asks the modern playwright to match him wit for wit and build on his premises.

Chekhov teases imitators, adaptors, translators and audiences with themes of grandeur and loss. His plays are shown on stages large and small each year; his works are mimicked in pastiches, like Stupid F**king Bird at the Pearl, or  Minor Character— in Brooklyn from June 17-25, 2016. In the latter, multiple versions of Uncle Vanya merge in a mist of millenial angst.”

This March, The Cherry Orchard is the influence for Breitwisch Farm, a play by Jeremy J. Kamps at the Esperance Theater Company at the new Tribeca venue, Town Stages. Breitwisch Farm explores issues of displacement and immigration in the era of America First, giving Chekhov’s story a distinctly of the moment twist. The play runs from March 2nd through March 16th.

For an opinionated woman such as I, blogging is an excellent outlet. This is one of many fori that I use to bloviate. Enjoy! Comment on my commentary. View All Posts